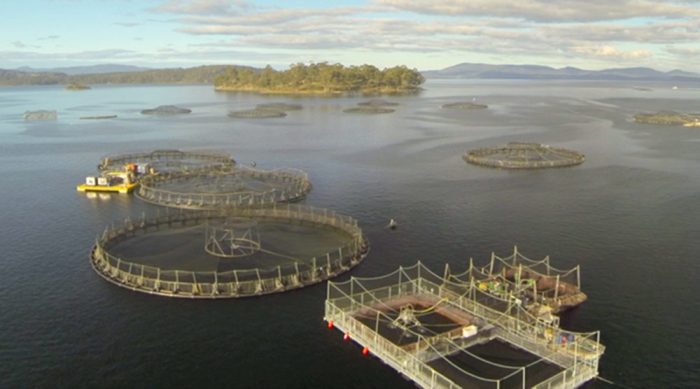 Australian salmon traders have regained their footing in the Chinese market as the Asian country’s seafood consumption gradually recovers from the pandemic slump, reported Global Times.

China’s seafood imports contracted by 20% amid coronavirus scares and tough import restrictions, after coronavirus traces were repeatedly detected on the outer packaging of frozen seafood products.

Tensions between China and Australia have flared after Australia criticized China’s initial handling of the coronavirus, alleged human rights violations in the Xinjiang region and erosion of freedom in Hong Kong. Last November, Beijing imposed a ban on imports from Australia, which has disrupted sales of major Australian goods to China.

“Compared with other producing nations, salmon shipments from Australia often arrive faster because of the shorter distance. Sometimes it can take just two days, while it normally takes three to five days from Norway and five to seven days from Chile,” said Weng.

Fan Xubing, a senior seafood industry analyst in China, said Australian salmon is cheaper than its Norwegian and Chilean counterparts due to lower shipping costs. Australian salmon exporters have also benefited from free import duty amid the bilateral free trade agreement between China and Australia.

According to Australia’s department of agriculture, water and the environment, China is Australia’s largest export market for agricultural, fishery and forestry products, with AUD 16 billion ($12.2bn) in 2019-2020.

Nevertheless, Cui He, president of the China Aquatic Products Processing and Marketing Alliance, saidthe boom in Australian salmon exports to China would be a temporary rather than long-term trend.

“China has diversified sources of salmon, and Australia has a much lower production capacity thanNorway – about one-tenth – which cannot meet the booming demand in China,” said Cui.

We use cookies to ensure that we give you the best experience on our website.ACCEPT COOKIESLEARN MORE