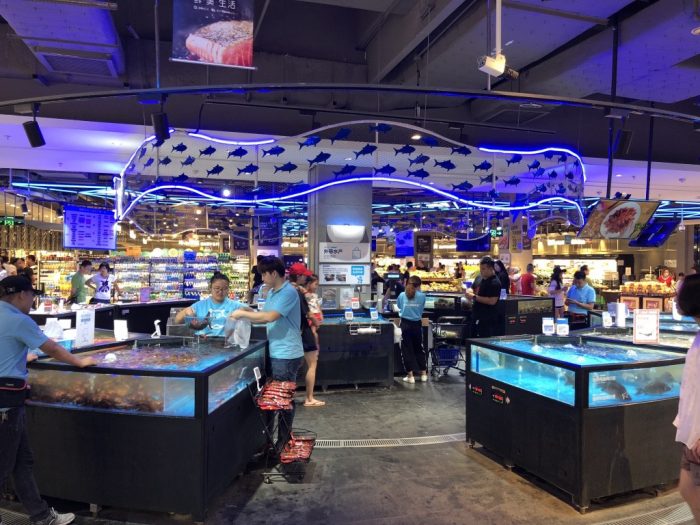 Seafood has grown in popularity among China’s next generation of foodies within recent years. The proportion of seafood purchase to urban household consumption raised from 23% to 30% now, while that of livestock meat has dropped from over 60% to less than 50%, according to a research report from the China Hospitality Association released on October 9.

Though China’s seafood consumption per capita has contracted from more than 30 kg in 2019 to 26.42 kilo in 2020, the number is impressive considering the destructive influence of COVID-19 last year. And during this first half-year, with the market rebound, seafood sales had ballooned by 283% compared with that of 2019.

About 42% of Chinese are said to be frequent seafood buyers, and nearly 70% of these consumers are from eastern and southern China partly due to geographical factors. The annual seafood consumption reaches as high as 8.3788 million tons in eastern China, while that is 4.5501 million tons in the southern region.

During the pandemic, the country’s seafood catering industry has been hit hard, and some participants have been forced out of the market. Statistics show that the market size of this industry has dropped to 463.346 billion yuan in 2020. And the number of companies has dived by 15.48% to about 15 thousand. But it is still a growing industry with great potential, and its growth rates range between 10% to 30%.

And within recent years, seafood hot pot has been more widely received in restaurants, which have been shifting more attention to common seafood now. According to the association, individual seafood consumption is between 200 to 500 yuan in this oriental market.

Moreover, in addition to brick-and-mortar restaurants, virtual platforms have also become an increasingly significant sales channel. For example, young consumers show a greater preference to order seafood takeout online. And shrimp products whose sales constitute 40% of the total are the most popular among netizens, while they are followed by fish products, according to statistics from JD.

Meanwhile, there are some growing pains along the way. First is a lack of industry standards, which disrupts market order and does harm to sustainable industry development. Also, its seafood catering industry has been haunted by the problem of low concentration. It is said that the market shares of its top ten brands are less than 3% of the total. However, China’s seafood market is still a rosy one with great potential. Its catering market size alone is expected to reach 1004.3 billion yuan by 2025.