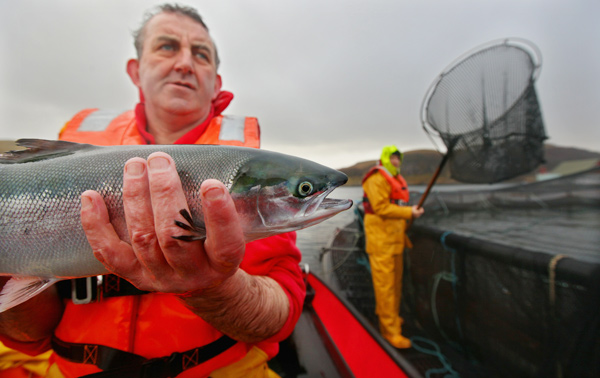 Although salmon has encountered great challenges in the Chinese market during the COVID-19 pandemic, foodies there still show great preference to this fish, and there has been an obvious increase in the country’s salmon imports this year. Great demand at home has also encouraged domestic companies to start aquaculture.

With salmon getting more popular as keep-fit food, the country has imported more this year. For example, as available statistics show, its imports of Norwegian salmon has almost doubled from this January to March compared with the same period last year. By this mid-June, its imports increased by about 28%, while its seafood imports from Norway only increased by 19% this May.

Though COVID-19 has hit China’s catering industry hard, Norwegian salmon have mainly sold through restaurants within the past few months. Meanwhile, Norway is said to have spent greater efforts developing retail channels like online ones. Some tasting events have been hosted to lure foodies in this oriental market.

After seeing great market potential, some of China’s domestic companies have also been drafting plans to raise salmon at home. One initial success is the 115-million-yuan Deep Blue No.1 project which started in 2015. Its farming cage were installed in Qingdao around 2018, and the first batch of salmon have been ready this June.

On the early morning of June 21, more than 3,000 salmon have been caught, and their average weight is 4 kilo each. Their survival rate has reached 80% in this fishing, and it only took 45 minutes to get fish out of water and process them in plants. Then these salmon will be delivered to local foodies’ doorstep within 12 hours, or 36 hours at most if it is long distance.

And there are still over 0.15 million salmon left in the cage now. If all go well, the project’s annual harvest is to reach 0.3 million grown salmon weighing more than 1,500 tons. And the yearly production value is predicted to exceed 0.1 billion yuan. There will be more investment in this project, and the number is expected to reach about 5 billion yuan by 2025. Though it is still too early to tell how things will develop, one thing for sure is Chinese companies’ ambition.